As the founder and CEO of the world’s largest social media corporation, what does Mark Zuckerberg think about? While we get clues from his posts on Facebook and elsewhere, a primary window into this question is through his public video recorded appearances. Covering the earliest days of Facebook in 2004 up through Zuckerberg’s compelled appearances before the US Congress in 2018, these recordings reveal what’s changed and what hasn’t changed about the way he speaks and what he says. For ORDER OF MAGNITUDE, I viewed every one of these recordings and used them to build a supercut drawn from three of Mark’s most favored words: “more,” “grow,” and his every utterance of a metric such as “two million” or “one billion.” The result is a nearly fifty minute film that reveals primary topics of focus for the tech CEO, acting as a lens on what he cares about, how he thinks, and what he hopes to attain.

Short GIF from ORDER OF MAGNITUDE (download as a video)

ORDER OF MAGNITUDE premiered in 2019 as part of arebyte On Screen (AOS) in an edition curated by David Quiles Guilló. Subsequent exhibitions have included: 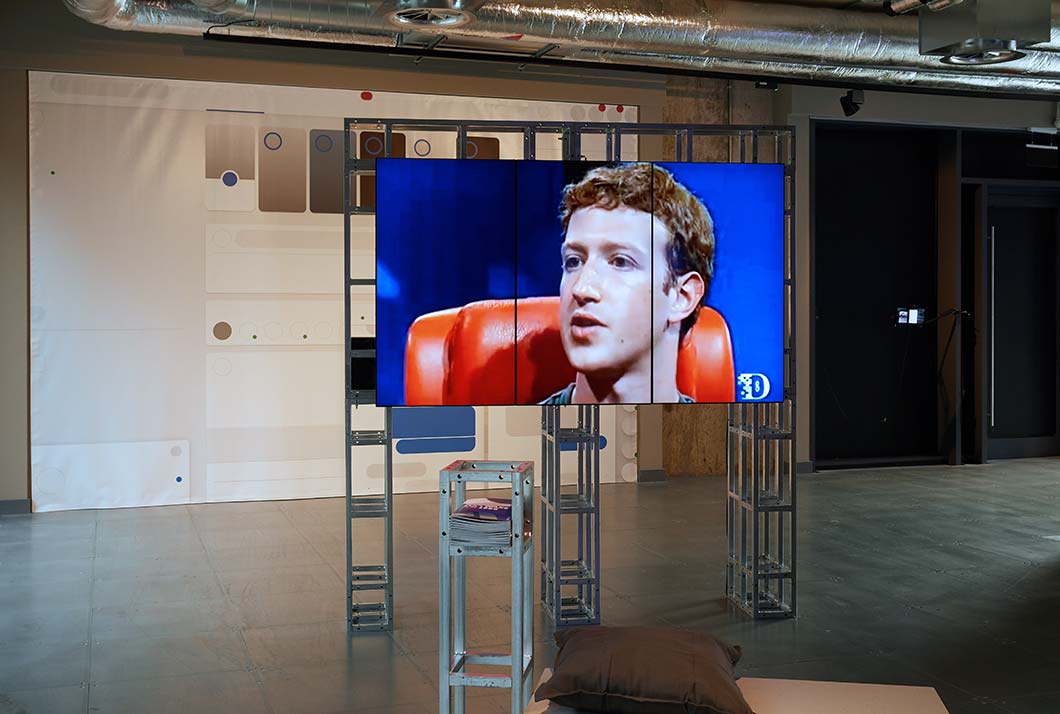 Currently, the work is on view as part of Living by Protocol at the Harvard Art Museum in Cambridge, and my solo exhibition at Aksioma Institute of Contemporary Art in Ljubljana, Slovenia. 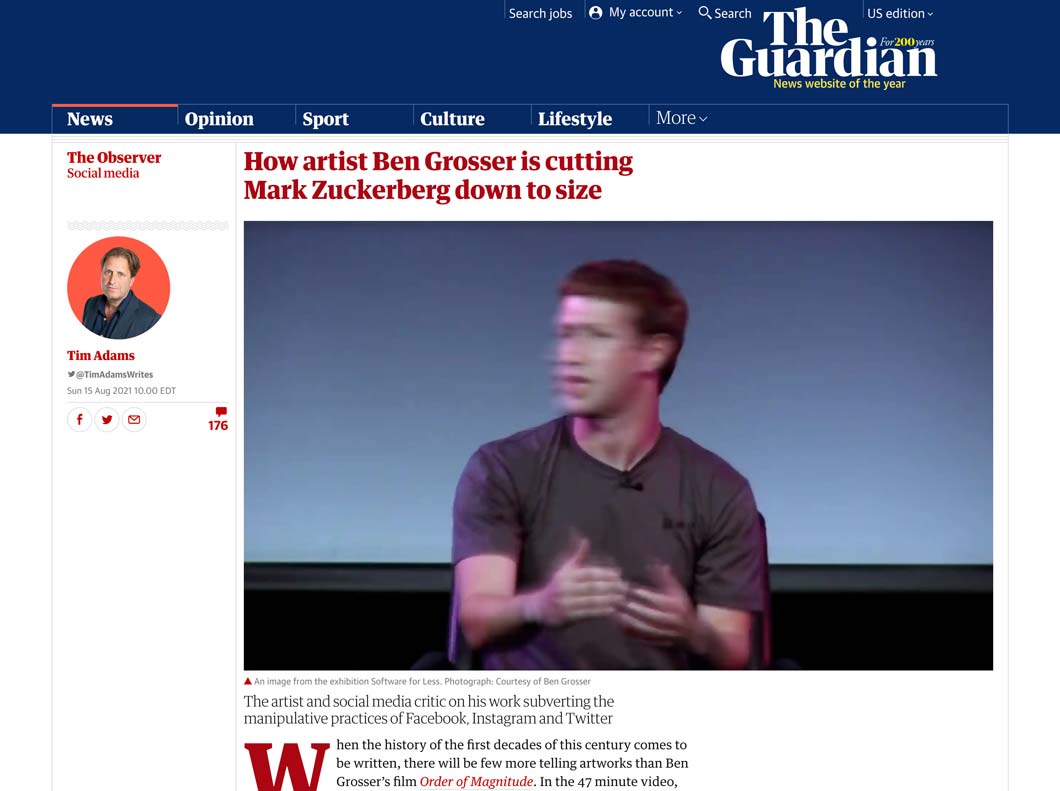 When the history of the first decades of this century comes to be written, there will be few more telling artworks than Ben Grosser’s film Order of Magnitude. … a mesmerising monologue, the story of our times.

Some of the press links listed below are to reviews of Software for Less, my 2021 solo show at arebyte Gallery in London, others are to reviews of 24/7, a group exhibition at Somerset House in London in which ORDER OF MAGNITUDE was a part. For either, I’ve only listed those that discuss the film. The remaining links are feature articles about the film. Also see this 2020 list of quotes about the film, from both articles and individuals.

Thanks to The Zuckerberg Files, an archive of Mark Zuckerberg-related materials from the Center for Information Policy Research at the University of Wisconsin-Milwaukee. I was able to draw on many transcripts they have produced as part of their work, and I will be offering external materials I’ve acquired back to their archive. More broadly, I drew from hundreds of clips in the making of this work; producers, creators, and posters of that material are acknowledged in the end credits of the film.

ORDER OF MAGNITUDE screenshots of Zuckerberg from 2004-2018