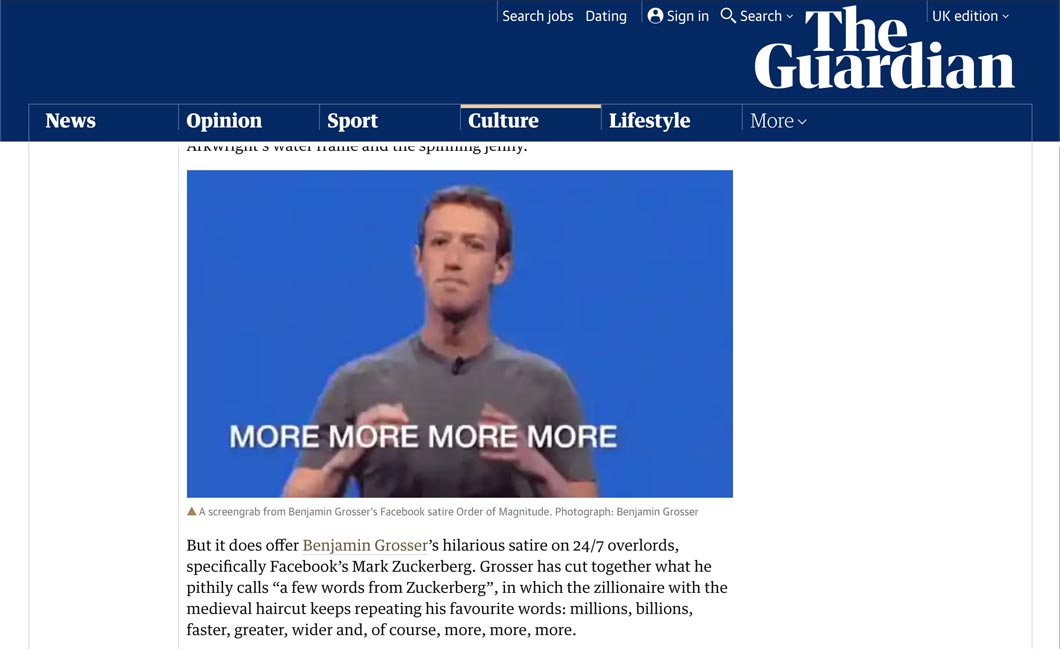 My film ORDER OF MAGNITUDE, currently on view as part of 24/7 at Somerset House in London, has received specific mention in a number of reviews of the exhibition. Here’s a few of the best quotes and links:

In addition to exhibition reviews, ORDER OF MAGNITUDE has been the subject of other press features (unrelated to 24/7). A few choice quotes, with links to the full articles:

Finally, I’ve been collecting reactions made online by individuals (e.g., on social media). These are often the most useful for me personally (and also can be the most humorous). Here’s a sampling: