Visit Install Textbook to set it up on your preferred browser.

Textbook is a web browser extension that removes images from the Facebook interface. Whether it’s a linked article preview photo, a friend’s profile selfie, or a “love” reaction icon, every image is hidden from view. Left behind are the blank boxes and white space where they used to be. Are certain kinds of images leading us to click on content we might have otherwise scrolled past? Does the layout and/or content of images on Facebook influence the way we read the site? Finally, what role might images play in the proliferation of fake news, the virality of propaganda, or the effectiveness of clickbait? Textbook enables Facebook users to test questions like these for themselves, to see the site without the images and thus experience its content in a new way. 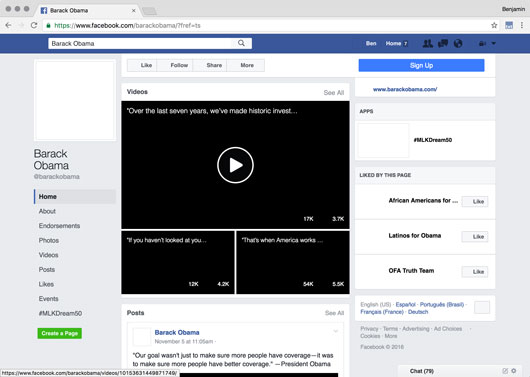 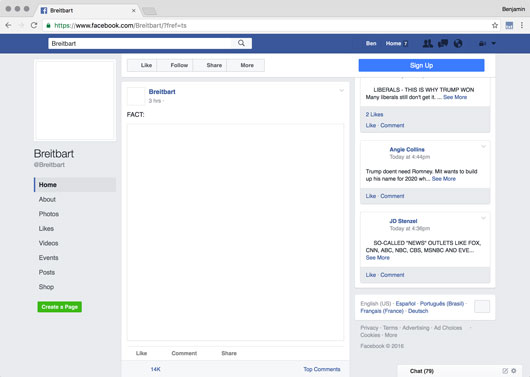 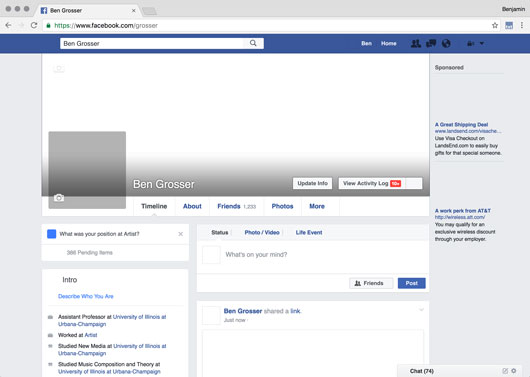 I released Textbook in early 2017. Eleven months later, the Senate Intelligence Committee revealed screenshots of Facebook posts made during the 2016 US Presidential election that were created by Russian operatives trying to influence the vote. The following two images show those screenshots on the left; on the right are mockups of how those Facebook posts would have looked had Textbook existed before the election. 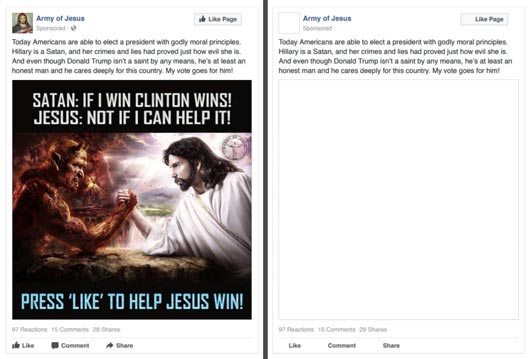 Imagining Textbook had existed during the 2016 Election
Left: Original Russian propaganda screenshot
Right: Mockup of same post without the images 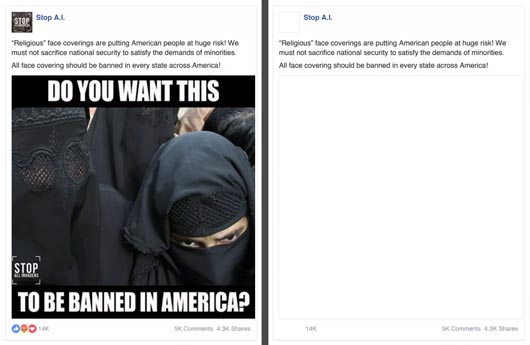 Imagining Textbook had existed during the 2016 Election
Left: Original Russian propaganda screenshot
Right: Mockup of same post without the images

Textbook is free and its source is open and hosted on Github. If you have suggestions for improvement, please submit a pull request or send me an email.

For specifics about how to toggle image hiding, removing Textbook, etc., please read the FAQ.